Just some days ago, I saw somebody complaining about a scam, he was a victim of.
The offer was to join a program for 17 USD and earn 100thousands of dollars within the first three months. Of course without doing anything or knowing anything. After you encounter scams, and I lost money to some of those too, you get very careful what to join.

Again a couple of days after the first complaint, I saw the very same person writing this: Finally, I found it and now I will put my Money where my Mouth is, only 35 Dollar to start and 5000 every month to earn, easy, fast and with no hard work….
He more or less falls into the arms of another scam. Why is that happening?

Imagine in just two days everybody who looks for it can see a handful of people run inside the quick rich trap and will be scammed of their money.
Imagine this around the globe, how many decent people will lose hundreds, maybe thousands of dollar to find the secret to change their lives. Life better, with riches and fortunes and all they had to do, was give their money without responsibility to somebody who promise the stars.
Only if you read this you feel already that something like this is not possible.

After 10-20 years of online scams, they still work like a charm.

Here I thought about two things that actually happen with a Scam and let it be clear why these are working so well:

We here at TAP know that something like that not exists.

If you read this, smile and think: yes, I also do not know why it works like so very good for the scamers out there and seemingly never cease to work.
No worries, if you learned your lesson already, then you can easy dismantle such scams.

Most people still hope: All those promises are for real, as they still try to get everybody else to do their job and take responsibility away from them.

When it comes to payout options, well, there will be a lot of difficulties and excuses, like technical errors, system faults, wrong balance option, country declarations changed, waiting for times due high traffic etc….

They will keep you in and bombard you whilst you’re waiting with new opportunities. Of course they will cost more money.
Basically, they utilise your dreams and wishes against you.

I would like to write you a short-story, which will maybe clarify a little why those scams are trapping hundreds of people every day.

The big promise for no effort Says hello to Johnny.

Johnny was a worker his whole life. He actually still is working in a factory now, and he dreams big.
He wants to be rich one day, has holiday houses and travels the world. Many times he played in the Lottery and wishes for the big hit, without any luck. Every day after work Johnny walks the same road and alleys to get to the train station and drive home.
Until this one day, in one of the dark Alleys behind the factory, Johnny heard a voice. This voice was the warmest, friendliest and most amazing voices he ever had heard in his life. He stopped walking and turned around, but nobody was there to be found. A moment later he was convinced it all was in his head.
Only with his next step he took, the voice reappeared: “Johnny,” it whispered. “Johnny, I know what you want most in live, I can solve all your problems, and fulfil your wildest dreams, Johnny: Just come to me!”

Johnny was stunned, he did not imagine this voice. It was real and still he could not make out the source of it. He took another slow step forward, as a strange sting in his guts appeared. Something was wrong, he thought just for a brief second. The Voice, meanwhile was calling out to him again and ensured him that everything was fine and he just needed to take another step! All his wishes would come true with this.

So Johnny pushed aside his gut-feeling and took the step. The temptation to finally get all his dreams, without doing anything for them was so high that he had to risk it. He could not finish his step, as he seems too stuck where he stands, something sticky was on his hands and legs and as more he struggled to move as more he got caught up in this invisible, sticky web.

He was trapped without the chance to move. As suddenly the voice appeared again, much closer this time then before and much less warm it said:
“Don’t worry Johnny, soon your problems are all over.” Johnny looked up; shocked, as the voice came from above and very close to him. As he stared into the source of the voice, eight fist sized red eyes were staring back at him, and from the fangs just beneath the eyes was dripping acid that burned his skin.

He was trapped in a giant spider’s web, and his problems were to be over for good.

What Johnny did, was believing his dreams and wishes would come true because somebody else, he never even met once, was promising him they would.
The best part of it was: even he would have no problems anymore at all and this without having to work for it. He just needed to
walk down the same alley as he always did and everything would change. Johnny forgot, that nothing in our world comes for free, everything has a price that is to be paid.
Either it is time, effort or money. Mostly it is all three.

Johnny also forgot to remember that the clear definition of madness is this:

The more Johnny was tempted to get to the source of the secret to his dreams and wishes, the easier he avoids his “gut-feelings”  which told him that something was off, and very wrong. He ignored that the place he was engaged was not at all friendly. It was in a dark industrial alley, with no light support.

The Voice was promising far too much to somebody unknown and besides all, he stepped into the trap. The illusion to get what he wanted without effort was simply too tempting. Even with his own life in line he continued.

Many people are caught up in the very same situations, blaming and pointing to others for things that not work out for them, instead of taking over responsibility. They believe they got tricked into poverty or hardship and the fault is yet on another person’s or companies shoulders.

It was ok for him to give power to all those people he made responsible for his situation and never even tried to change his day job into something more supporting. He was looking for the quick rich button and lost himself in dreams and wishes and hoped the jackpot would find him.
And as the Jackpot in a form of the friendliest voice appeared, it was too good to be true and this voice must be trusted because; finally, somebody realized how much he deserved it.

This little story is showing you why those scams we encounter today online, are working so well.

Shifting away responsibility is a sure way to keep on failing

People tend to give themselves to much credit without taking over responsibility; therefore, they go out and expect everybody else to solve their problems and make them rich. They have no time for development and learning, and they tend to listen to their Ego’s much more than others.
Lectures and new Ideas are only worth their time if they come for free and if they will bring them quick money without their efforts.

It is a sad truth that a society of freeloaders flush their time and money into crocks hands all the time, and it is our duty to present a true opportunity for change and growth to the world.

I am talking about building those truly supporting and serving products and services with value, supporting content and opportunity. Open the Eyes and Minds for others, through spreading relentlessly the truth.

There is no secret to success, there is no shortcut or fast rich guide.
There is no click equals a million system.
There is no free to join, multimillion dollar earning, top secret society hack.

The Abundance Project, which Martin Altherr and I, with the help of authorities from around our world, are building up now is exactly the place to bring opportunity, possibility and changes on a sophisticated, stable level to all people who really want a change in their lives.

It is possible, the question is: “are you ready to do your part?” 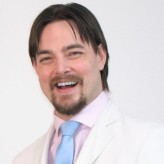 Stefan Logar is a specialist for processes in all kind of intellectual levels. He is Switzerland's #1 expert to optimize and integrate solutions to increase workflow and success.

Next StoryA Matter of Purpose